Towards a Theology of Returning!Tuesday 10 March in the Thurber Room – Meal at 19h; Presentation 19h45-21h15 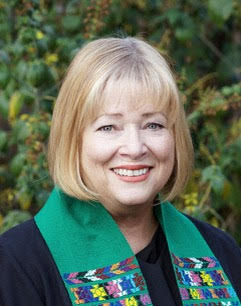 Theologies of liberation claim and embody Gospel righteousness, that is, right relationship, of God with oppressed, dispossessed and marginalized peoples. Biblical and contemporary prophets and Christian discipleship call non-marginalized Christians to remember, relinquish, and return. In this conversation we will reflect on Scripture and on varied life experience. We will explore the public acts of worship, service and community that make for Gospel change in our lives and the world.

Reverend Odette Lockwood-Stewart is delighted to return to ACP. United Methodist pastor and seminary professor, Rev. Odette led congregations and campus ministries in California for forty-one years. She planted and re-vitalized ministries in health sciences, higher education, and community organizing, and published devotions, curricula, sermons, and poetry. Christian ministry is her passion. Social History, film, and literature are among her personal interests. In June she will begin her service as Interim Senior Pastor at ACP. 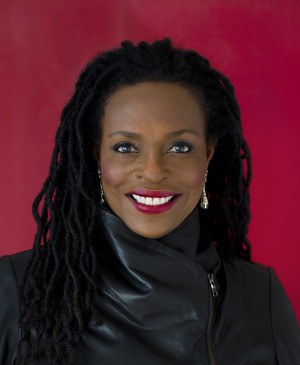 The Rev. Dr. Jacqui Lewis is Senior Minister at Middle Collegiate Church (middlechurch.org), a 1,200-member multiracial, welcoming, and inclusive congregation in New York City. She is an activist, preacher, and fierce advocate for racial equality, economic justice, and LGBTQIA equality. Middle Church and Jacqui’s activism for these issues has been featured in media such as The Today Show, MSNBC, The Washington Post, The New York Times, The Wall Street Journal, The New York Post, The New Yorker, Essence and The Huffington Post.

Jacqui is the Co-Founder and President of The Middle Project, which, along with Middle Church, hosts an annual conference to train faith leaders to combat racism by growing multiracial congregations. The 14th annual conference, “Revolutionary Love: Toward a More Perfect Union,” will take place April 24–26, 2020 in Washington, DC, to organize for the 2020 Presidential Elections. Jacqui hosted created and produced Just Faith, a television program available on demand from Shift by MSNBC.com. Just Faith gathered diverse voices in a conversation about justice, healing, and faith.

When Jacqui was just eight years old, the assassination of The Rev. Dr. Martin Luther King, Jr. both traumatized her and catalyzed her calling to work against racism and poverty in America. Jacqui earned her Master of Divinity from Princeton Theological Seminary and earned a M.Phil. and a Ph.D. in Psychology and Religion from Drew University. Her doctoral studies focused on racial and gender identity development. She has been adjunct professor at seminaries across the country, including Princeton Theological Seminary, Union Theological Seminary, and the Drew Theological School, where she is currently co-teaching a Doctor of Ministry program in Public Theology with her best friend and spouse, The Rev. John Janka.

Ordained in the Presbyterian Church (USA), Jacqui is the first African American and first woman to serve as senior minister in the Collegiate Church, which was founded in New York City in 1628. She is the author of The Power of Stories: A Guide for Leading Multi-racial, and Multi-cultural Congregations; The Pentecost Paradigm: 10 Essential Strategies to Grow a Multiracial, Multicultural Congregation; and the children’s book, You Are So Wonderful! She is writing a book on fierce love and its power to heal our souls and the world, and a memoir about finding a grown-up God. 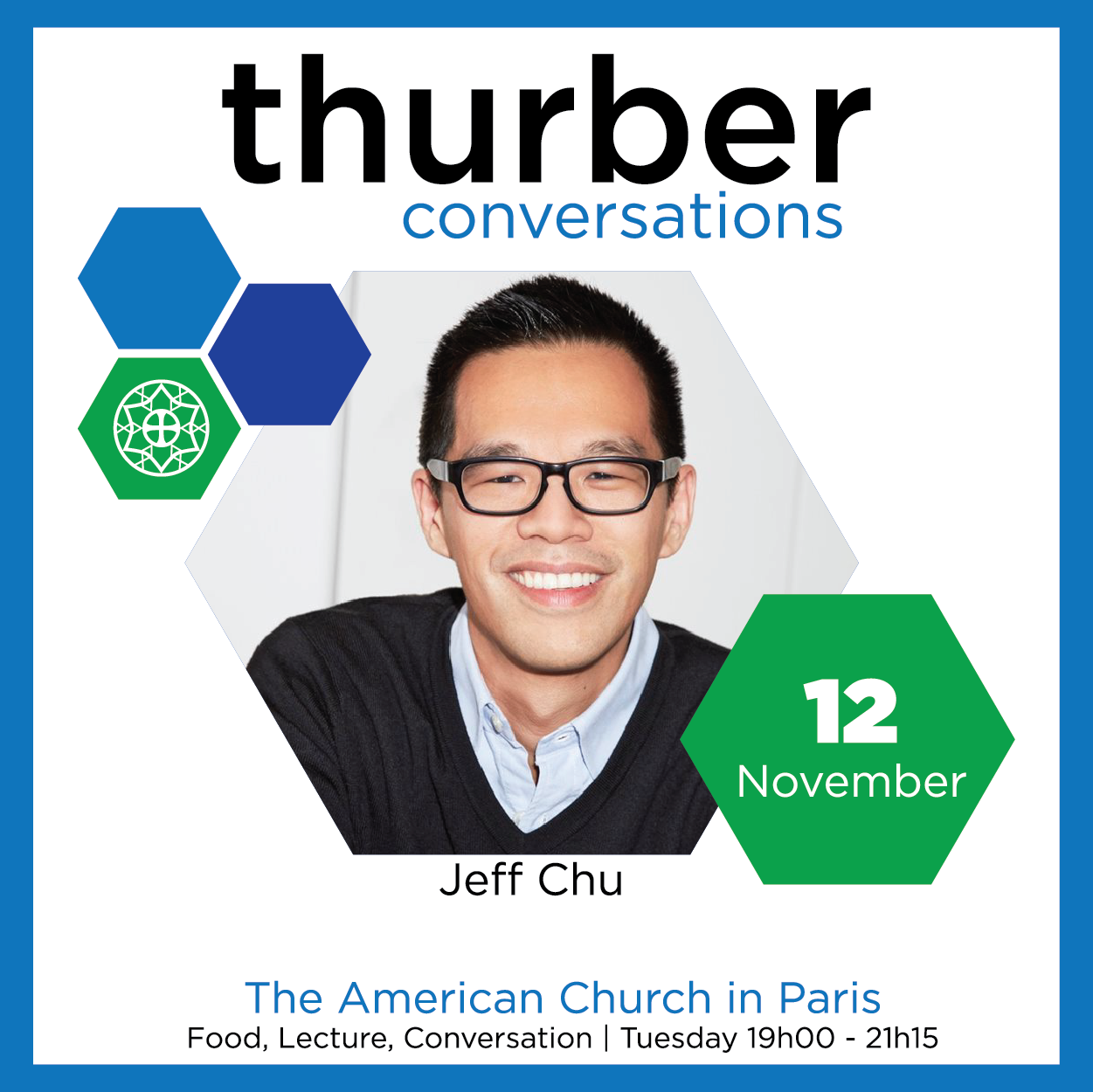 Over his eclectic journalistic career, Jeff Chu has interviewed presidents and paupers, corporate execs and preachers, Britney Spears and Ben Kingsley. His acclaimed book, Does Jesus Really Love Me?—which earned the cover of the New York Times Book Review—features his reporting on Christianity and sexuality across America.

Jeff grew up in California and Florida. He went to high school in Miami, at Westminster Christian, where he sat behind Alex Rodriguez (famous baseball player) in Mr. Warner’s world history class. He’s a graduate of Princeton and the London School of Economics and Princeton Seminary.

Jeff is the nephew and grandson of Baptist preachers, and currently serves as an elder at Old First Reformed Church in Brooklyn, New York. He loves the San Francisco 49ers, the Book of Ecclesiastes, and clementines.

You can find out more at www.byjeffchu.com. 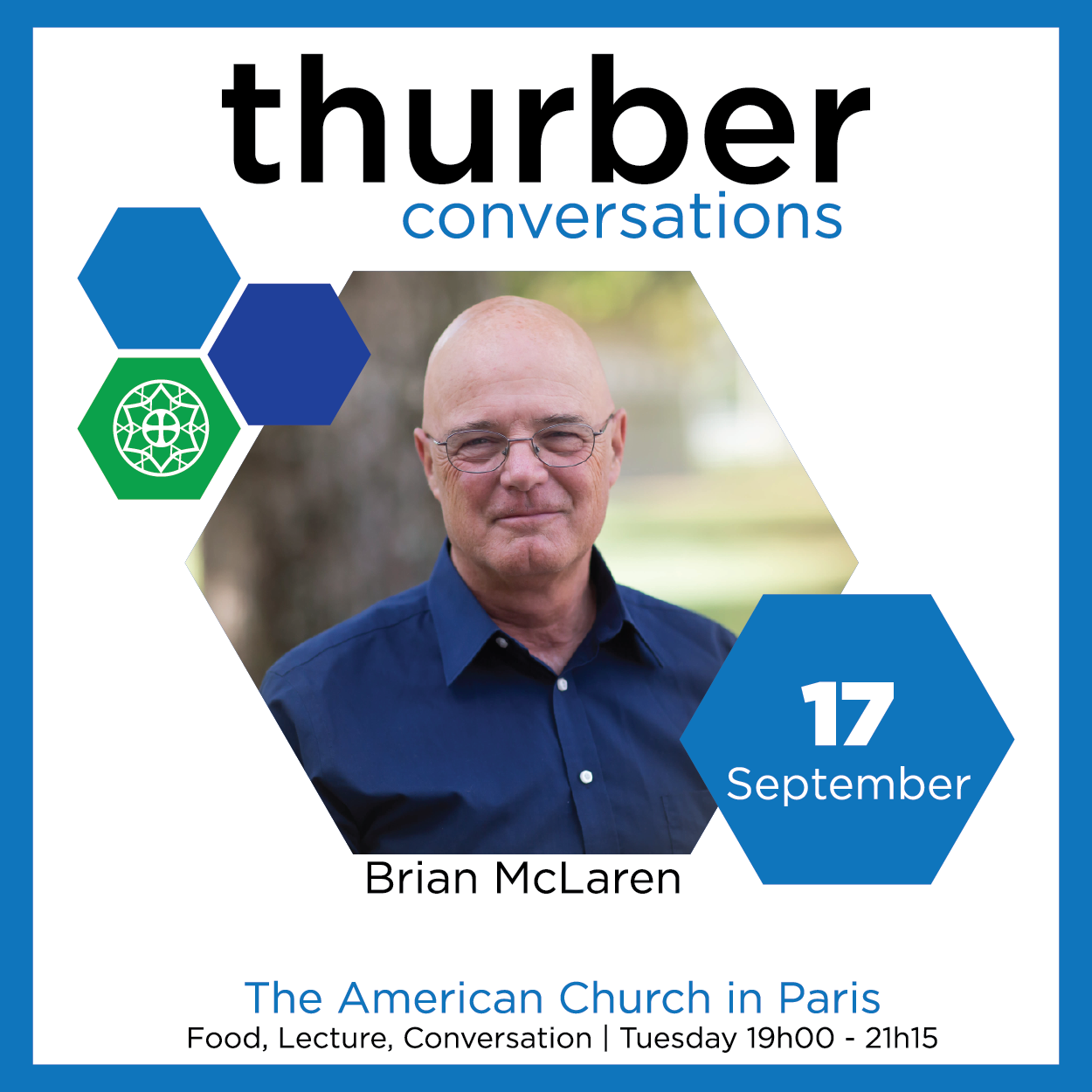 Brian D. McLaren is an author, speaker, activist, and public theologian. A former college English teacher and pastor, he is a passionate advocate for “a new kind of Christianity” – just, generous, and working with people of all faiths for the common good.

Brian has been active in networking and mentoring church planters and pastors since the mid 1980’s and has assisted in the development of several new churches. He is a popular conference speaker and a frequent guest lecturer for denominational and ecumenical leadership gatherings – across the US and Canada, Latin America, Europe, Africa, and Asia. His public speaking covers a broad range of topics including postmodern thought and culture, Biblical studies, church leadership and spiritual formation, pastoral survival and burnout, inter-religious dialogue, and global crises.

Brian’s books have been translated into many languages, including Korean, Chinese, French, Swedish, Norwegian, German, Portuguese, and Spanish. He is an active and popular blogger, a musician, and a songwriter, offering a variety of resources through his website, www.brianmclaren.net.

A frequent guest on television, radio, and news media programs, he has appeared on All Things Considered, Larry King Live, Nightline, On Being, and Religion and Ethics Newsweekly. His work has also been covered in Time, the New York Times, Christianity Today, Christian Century, the Washington Post, Huffington Post, CNN.com, and many other print and online media.

Brian is married to Grace, and they have four adult children and five grandchildren. His personal interests include wildlife and ecology, fly fishing and kayaking, music and songwriting, and literature. 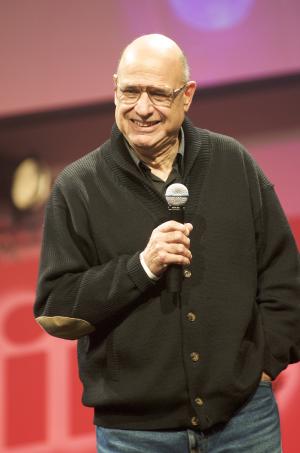